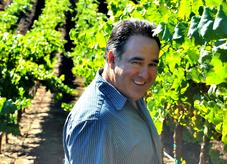 Our Winemaker of the Quarter for 2017

Michael Trujillo is not one to rest on his laurels, nor to shy away from a challenge.  After over three decades in the wine business he looks ahead and says, “The best is yet to come!”

Michael grew up on a 3000 acre ranch in southern Colorado, working the fields of barley, vegetables and hay. Cattle and sheep abounded in the fields as he tended to their needs. His grandparents were early 20th century homesteaders of Spanish descent who raised their children in a rich, agricultural life. From a young age, Michael learned the value and reward of working the land. “I feel like I’ve always been in motion, branding cows and driving hay trucks since the age of four. Ranch work taught me old-time craft skills, the love of tinkering with farm equipment and how to grow crops in uncertain weather, all of which prepared me for cultivating grapes and the process of winemaking,” said Trujillo.  “I grew up helping my father year-round in the fields, and learned early on about how soil, climate, pests and critters affect living, growing plants.”

Michael discovered his passion for winemaking in 1982 during a spring break from his college studies as an architectural engineer. On a road trip to California, he stayed with a family friend who had a small winery in Napa Valley. It was a lifechanging visit, as Michael began to work alongside Jim and brother, Steve, Allen in the planting of Sequoia Grove’s vineyard along the Rutherford Bench.  He decided to stay in the Napa Valley permanently, as he was captured by the climate, the terrain, and the people. However, the true magnet was the winemaking experience.


Today, Michael serves as the Director of Winemaking and President of Sequoia Grove Winery. He is also consulting winemaker for Herb Lamb Vineyards, Mattera-Cunat Family Vineyards, and several other private labels. His wines consistently earn praise and have developed an enthusiastic following. For his namesake wine, Michael blends grapes from several of the finest vineyards in Napa Valley and works closely with the growers in developing cultivation practices that yield notable fruit year after year. Trujillo Cabernet Sauvignon is the realization of Michael’s history, knowledge and experience, bringing his keen love of the vineyard together with more than three decades of winemaking proficiency.

Although Michael’s meticulous winemaking skills have led to his success, it is his innovative, forward-thinking approach that has resulted in his greatest accomplishments. It’s more than the terroir and overcoming the unpredictable climate that goes into making great wines; it’s the way he thinks ahead as to emerging trends with his eyes firmly on the future.

Having been a partner in other ventures, Michael had an epiphany in 2010. After several years of discussions, dreams, ideas and hard work between Michael and his wife, Terri, Trujillo Wines was born, which is owned and operated by the two.

Michael has become reflective in his thinking about where he has been and where he is going. “After three decades of winemaking experience in all aspects of the business—from vineyard cultivation and irrigation digging, to cooperage selection and blending—I’m proud to now offer my own namesake Cabernet Sauvignon. This wine is a realization of my lifelong passion for crafting red wine, an expression of all that I’ve learned and deeply value about winemaking in the Napa Valley.”

Fruit for Trujillo Wines comes from some of Napa’s finest vineyards, including Healy Vineyards in St. Helena, Gary Morisoli in Rutherford, and Henry Brothers Ranch on Howell Mountain. “Growing and harvesting grapes across diverse terroirs, from lush valley floor to hillside slopes, contributes to the exceptional balance and structure I look for in a wine. Maybe my farming roots are why the vineyards feel like home and the growers, extended family,” said Trujillo.

Trujillo Wines have won numerous awards throughout the industry. They were recently featured at the “Winter Winemaker Weekend” at Rush Creek Lodge in Yosemite in early February 2017. Trujillo Wines was voted #2 for Napa Valley by Bay Area “A” List, and the wines have earned several medals already this year including golds, double golds, silvers and best-of-show for their recent vintages.

When Michael and wife, Terri, opened the Trujillo Wines tasting room in St. Helena in 2016, little did they know what a huge success it would be. Terri is a hospitality diva with the instant ability to make guests feel as though they are part of the family.  She is gifted as a designer and rarely lets Michael know when she is going to make an interior design change to the tasting room. “I love to surprise Michael! He just smiles and eventually comes around,” proclaims Terri.

Michael enjoys showcasing his wines, although rarely hanging around the tasting room, while Terri enjoys mingling with their guests as she mixes wine knowledge with warm humor. It is the perfect combination for success!

One of Michael’s prized wines is the 2014 Madelynne Cuvée. The wine’s name derives from the blending of the names of his wife, Terri, and his daughter, Sophia’s middle names: Sophia MADELYN and Terri LYNNE, thus “Madelynne!”

Curiosity seekers ask about the 3 notches in the upper left-hand corner of the Trujillo label.  The unique cut in the label represents the three decades of Michael’s experience in the wine business.  Soon, there will be four notches!

While the story of Michael Trujillo is a fascinating one, the real issue is the wines.  If you haven’t tasted them, you are truly missing out!

Trujillo Wines has a promising future ahead and Michael was right, “The best is yet to come!”